Andrew Tay’s contract has been renewed until June 2022. Click here to read more about this decision. 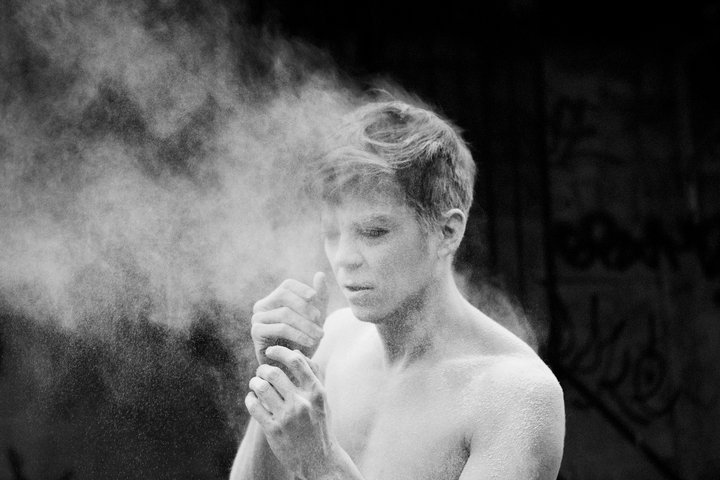 Andrew Tay was born in Windsor Ontario where he attended the Walkerville Centre for the Creative Arts. Since finishing his B.F.A in contemporary dance at Concordia University, Andrew has presented his work in dance venues and festivals such as Tangente, Festival Vue sur la Relève, OFFTA, Festival Phenomena (Montreal), the Square Zero Dance Festival (Ottawa), La Rotonde (Québec City), The Festival of New Dance (St. John’s), The Rhubarb Festival, Summerworks (Toronto) and the Performance Mix Festival (New York). His work has appeared in films, installations and multi media projects for companies such as Moment Factory, Bravo! and Dpt.

In 2005 Andrew co-founded (with collaborator Sasha Kleinplatz) the company Wants&Needs danse.  Since then, the company has produced the wildly popular dance events Piss in the Pool, and Short&Sweet which take place in non traditional venues in Montreal.  In June 2012 the duo choreographed the Cirque du Soleil show Les Frontieres de Pixels in Quebec City and were nominated for a Quebec Notables award in the Arts&Culture category.

Andrew was awarded the Dance WEB scholarship in May 2012 (Vienna, Impulstanz festival). In 2013. He was chosen to participate in the Rencontres internationales de jeunes créateurs (Montreal, Festival TransAmériques 2013) and 8 Days, an annual intergenerational meeting of dance artists from across Canada organized by the company Public Recordings, He has also participated in The Copycat Academy (as part of the Luminato Festival Toronto) curated by Hannah Hurtzig (Berlin) for the past 2 editions and was commissioned to create work on the dancers of Toronto Dance Theatre as part of their new EVP project launched in Dec 2015. He has served as board member of ELAN (the English Language Artists Network in Quebec) and the RQD – le Regroupement québécois de la danse. Most recently, he received the Risk and Innovation Award from the Summerworks Performance Festival for his latest work Fame Prayer / Eating.