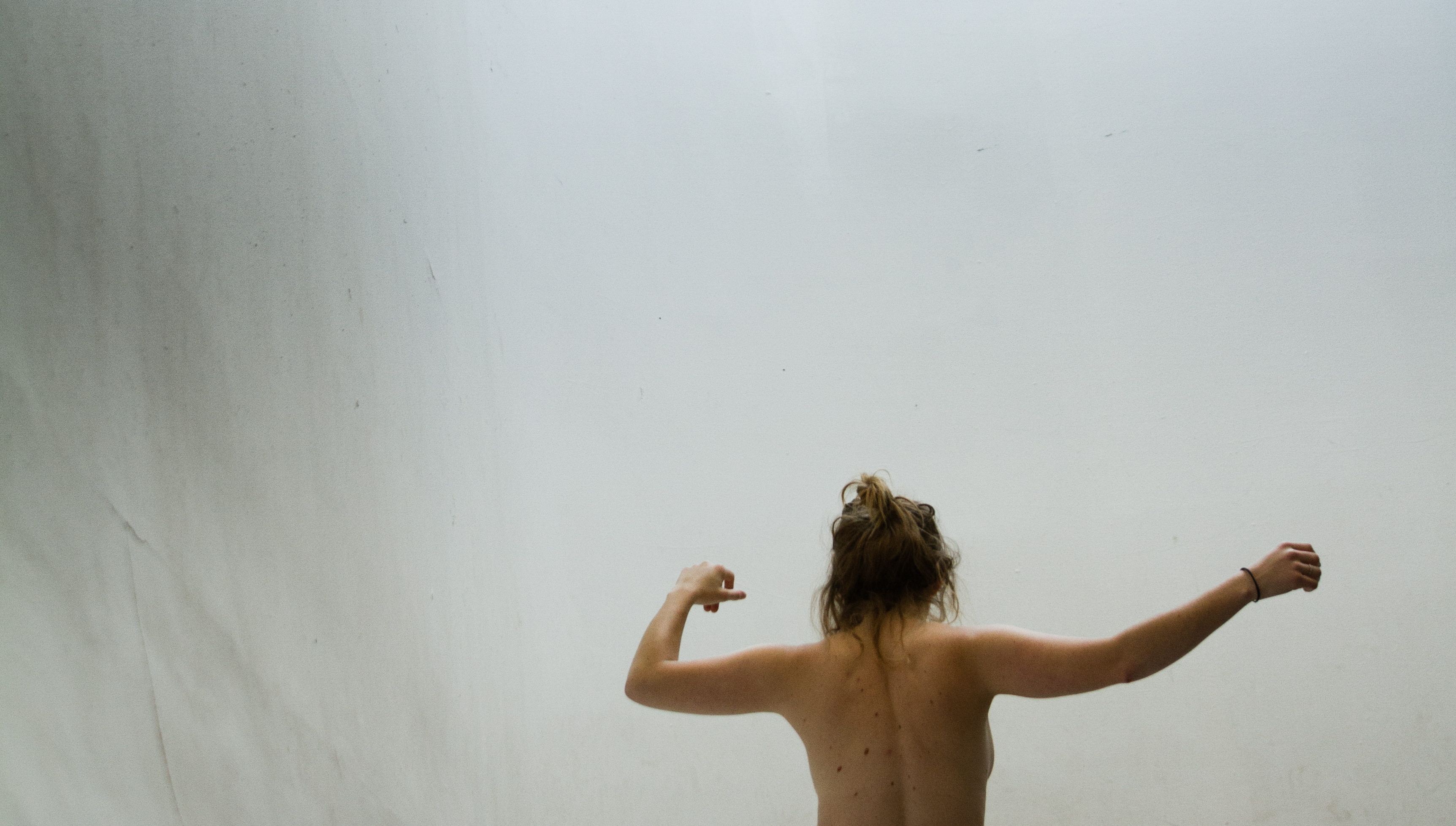 Beings is a live dance performance experienced virtually in two symbiotic responsive environments. The altered, fleshy bodies of the dancers appear on screens and projections. They are intriguing beings, shapeshifters, souls looking for hosts. The audience is invited to align themselves with an altered dimension where they might create and sustain paranormal encounters. Through the use of audio visual equipment such as security cameras, TV monitors, and elements like heat, wind and moisture, shared physical and paraphysical sensation are encouraged. The use of audio visual equipment will allow the two separated spaces to interact systematically through live analog video mixing, based on the physical orientation of the dancers and audience members. ‘’Beings’’ create a space to think, feel and imagine transhumanism, extrasensory perception, pseudoscience, telekinesis, poltergeists, and virtual or extended life after death.

Open Fortress is a collective of dancers based in Toronto and Montreal, organized by Allie Blumas, Anna Mayberry, Lee Gelbloom and Jolyane Langlois. Each member contributes to the collective based on their individual professional practices in music and dance. Open Fortress aims to support its members by encouraging collaboration and sharing space, as well as creating and showing physical performance in non-traditional settings. Open Fortress uses a collaborative, non-hierarchical, improvisational method of creation. Since inception in 2015, Open Fortress has taken form within diverse settings including Long Winter, Camp Wavelength at Artscape Gibraltar, Test Drive and Flowchart at Dancemakers, The Rhubarb Festival, Basilica 24-hr drone Festival in Hudson, NY, and in clubs with Egyptrixx and Blank Mass in Toronto, Montreal and Brooklyn. The first phase their new work ‘’Beings’’ was presented at the Music Gallery in Toronto alongside Amanda Acorn’s Multiform(s) in March 2018.