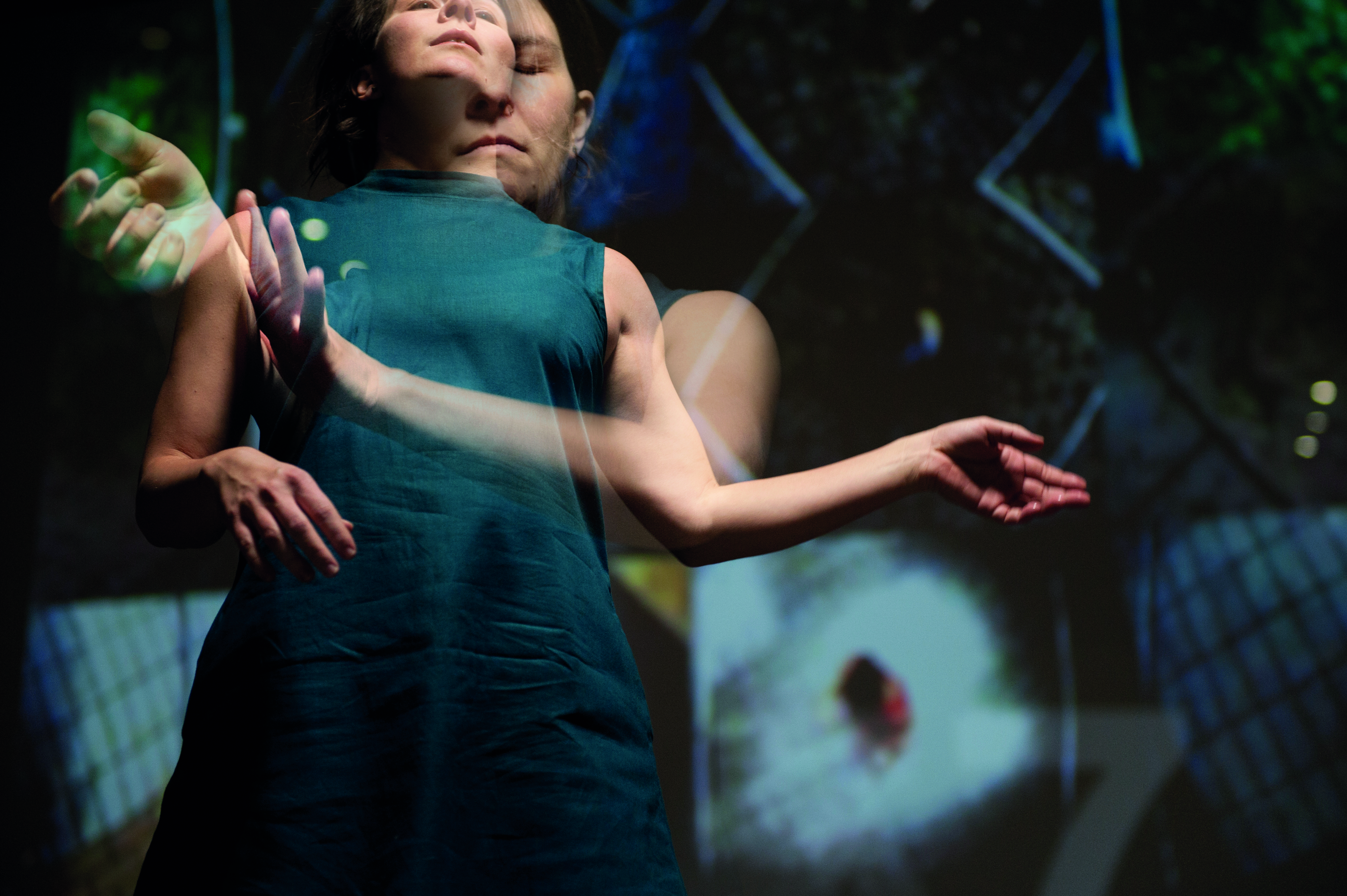 For her Danse Danse debut, choreographer and dancer Caroline Laurin-Beaucage presents Intérieurs, a vibrant solo, a tribute to the trajectories of existence and to memory.

Intérieurs is the culmination of the creative path traveled by Caroline Laurin-Beaucage in Habiter sa mémoire, a project where she moved her studio into the public space. At each performance, she danced in a cube without walls, creating step by step the essence of the piece she would later transpose to the stage. After more than 120 hours of outdoor dance at home and abroad, the artist compiled reminiscences of the moments she experienced and accumulated in her nomadic box, charting the inner transformation she underwent over the course of the project. Elements in constant transformation, her physical and emotional memories resonate in her body and in the work itself. The performance space—animated by projections incorporating art video, design and technology—, the soundscape and the movement all bear traces of the people and places she encountered on her creative journey, the imprint of the inner states she traversed. A touching immersion in the grandeur of interior landscapes.

Caroline Laurin-Beaucage has been active as a choreographer, performer and teacher for the past 20 years. She has danced for choreographers such as Ginette Laurin (O Vertigo), Jacques Poulin-Denis, Paul-André Fortier and Jean-Pierre Perreault. In 2001,she began her own choreographic process and created several pieces such as: Hit and Fall (2009), SOAK (2011), Entailles (2013) and Matière blanche(2015). Her choreographic work has been presented in Montreal at Tangente, Agora de la danse, OFFTA, the Festival TransAmériques and the Festival des Arts de St-Sauveur, as well as in France, Hungary, Germany and South Korea. In 2016, Caroline Laurin-Beaucage created Habiter sa mémoire, an outdoor performance which has been presented in more than 15 different cities and will continue its tour in Canada, Europe and China until 2020. In 2018, supported by the Canada Council for the Arts program’s New Chapter, she presented the ambitious diptych Ground and Rebo(u)nd in collaboration with Montréal Danse. Caroline Laurin-Beaucage graduated from The School of the Toronto Dance Theater. She has been teaching contemporary dance technique at Montreal’s Concordia University since 2005. She was a member of the artistic committee overseeing the development of Montreal’s Centre de création O Vertigo (CCOV) and is the founder of Lorganisme and has served as the company’s artistic director since its creation.

Caroline Laurin-Beaucage is fascinated by the human body, which she places at the centre of her choreographic research. She questions the biomechanical and neurological mechanisms that govern us and seeks to reveal details that appear invisible—the blind spots that inhabit us. By appealing to notions of memory, cycle and repetition, she advances a gestural language that evokes humankind’s never-ending battle against gravity and gives expression to the power, animality and profundity of the human condition by straying from social and cultural codes. Through live performance and installation, she attempts to reveal the thin transparent thread that connects us to life and to our fellow beings.