Lara Kramer is a performer, choreographer and multidisciplinary artist of mixed Oji-cree and settler heritage, raised in London, Ontario. She lives and works in Tiohtià:ke/Mooniyang/Montreal. Her choreographic work, research and field work over the last thirteen years has been grounded in intergenerational relations, intergenerational knowledge, and the impacts of the Indian Residential Schools of Canada. She is the first generation in her family to not attend the Residential schools. Her creations in the form of dance, performance and installation have been presented across Canada and Australia, New Zealand, Martinique, the US and the UK.

She has received multiple awards, acknowledgements and prizes for her work both as an emerging and established artist. Lara was appointed a Human Rights Advocate through the Holocaust Memorial Centre of Montreal in 2012, following the national tour of her work Fragments, a performance piece informed by her mother’s stories and lived experience as a survivor of the Indian Residential Schools of Canada. In 2014, Lara was awarded the Scholarship of Audacity – Caisse de la culture from the OFFTA, Montreal, as well as commissioned by The Canada Dance Festival for her work “Native Girl Syndrome”. In 2017-18 Lara was presented with the prestigious Ashley Fellowship with Trent University, as well was appointed the CanDance creation fund for her work Windigo. In 2018, Lara received the Jacqueline-Lemieux Prize for recognition of artistic excellence and distinguished career achievement in dance.

Her works are noted for the use of decelerating time as a means to further enter an embodied pacing, sensing and awareness on part of both performer and audience. Often blunt and raw, playing with the strength and vulnerability of the body, her pieces stand out for their engagement, sensitivity, close and instinctive listening to the body, and her attention to the invisible. Her practice is in Performance, Choreography, Multidisciplinary Art-sound, video, and Visual Art.

In 2017 Lara curated Welcome to Indian Country for MAI as part of Eclectik where she premiered This time will be different, created with Emilie Monnet. The installation and performance piece denounced the status quo of the Canadian government’s discourse regarding Indigenous relations and criticized the “national reconciliation industry”.

In 2020, Lara was commissioned to create two new public billboard works, located on the façades of Café Cherrier and the Bonsecours Market in Montreal. In Blankets, Herds and Ghosts is a new work by multidisciplinary artist and choreographer Lara Kramer. Dazibao satellite is the result of a special partnership between Dazibao and the MAI (Montréal, arts interculturels).

She has been on the faculty of the Indigenous Dance Residency at The Banff Centre and has taught workshops across Canada and in Australia and New Zealand. In 2016 Lara initiated The Cradleboard Project, a multi-generational community project fostering the reclaiming of traditional practices developed in collaboration with her mother, artists and knowledge keeper Ida Baptiste offered at the Native Women’s Shelter and Native Montreal. She was the guest teacher at Nunatta Isiginnaartitsisarfia – The National Theatre of Greenland in 2018. She also landed her debut role in François Delisle film Cash Nexus (2018) as supporting character Angie. Lara has participated in several residencies including Indian Residential School Museum in Portage la Prairie and Dancemakers Artist in Residency from 2018-2021. Lara Kramer is a Center de Création O Vertigo – CCOV Associate Artist since 2021. 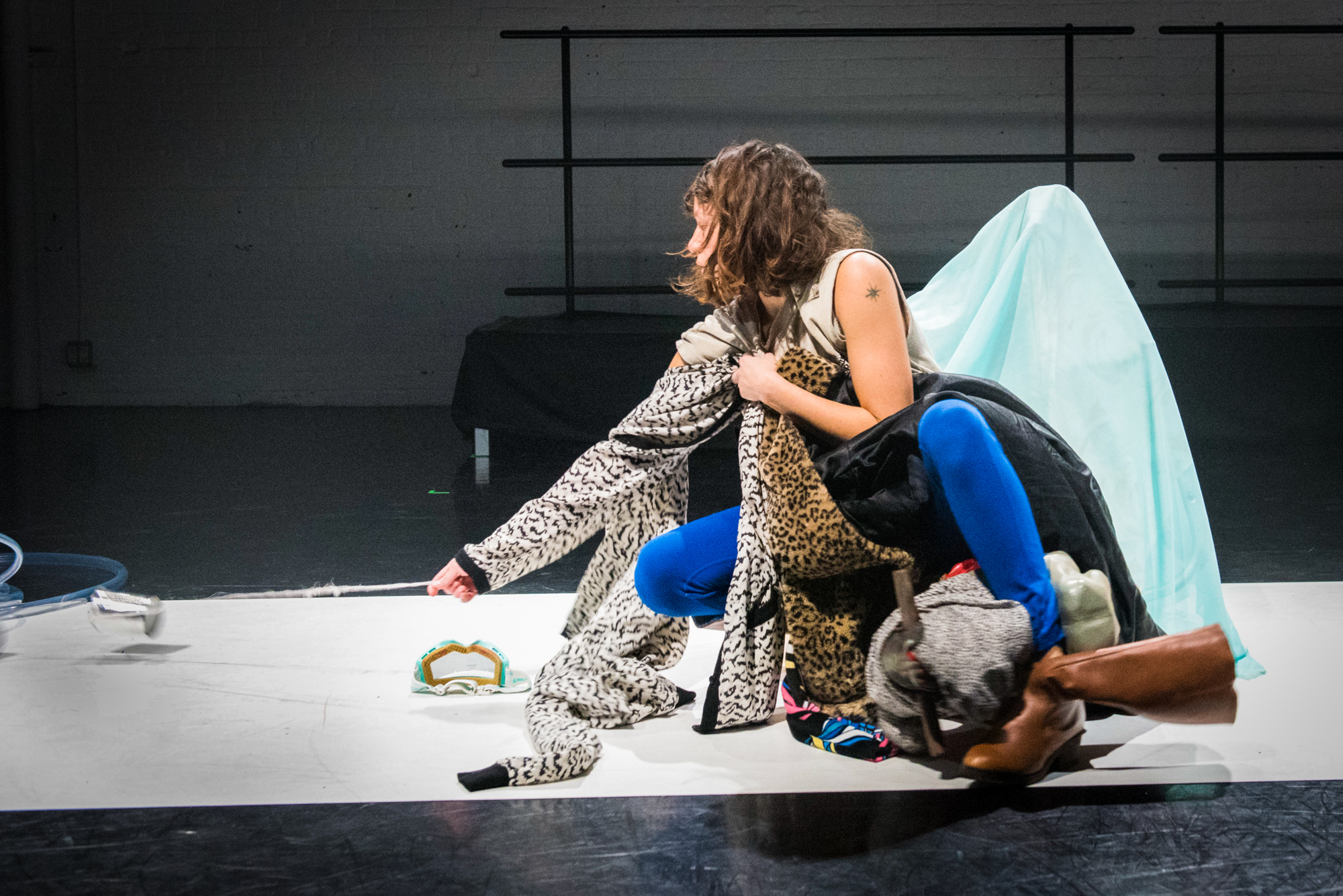 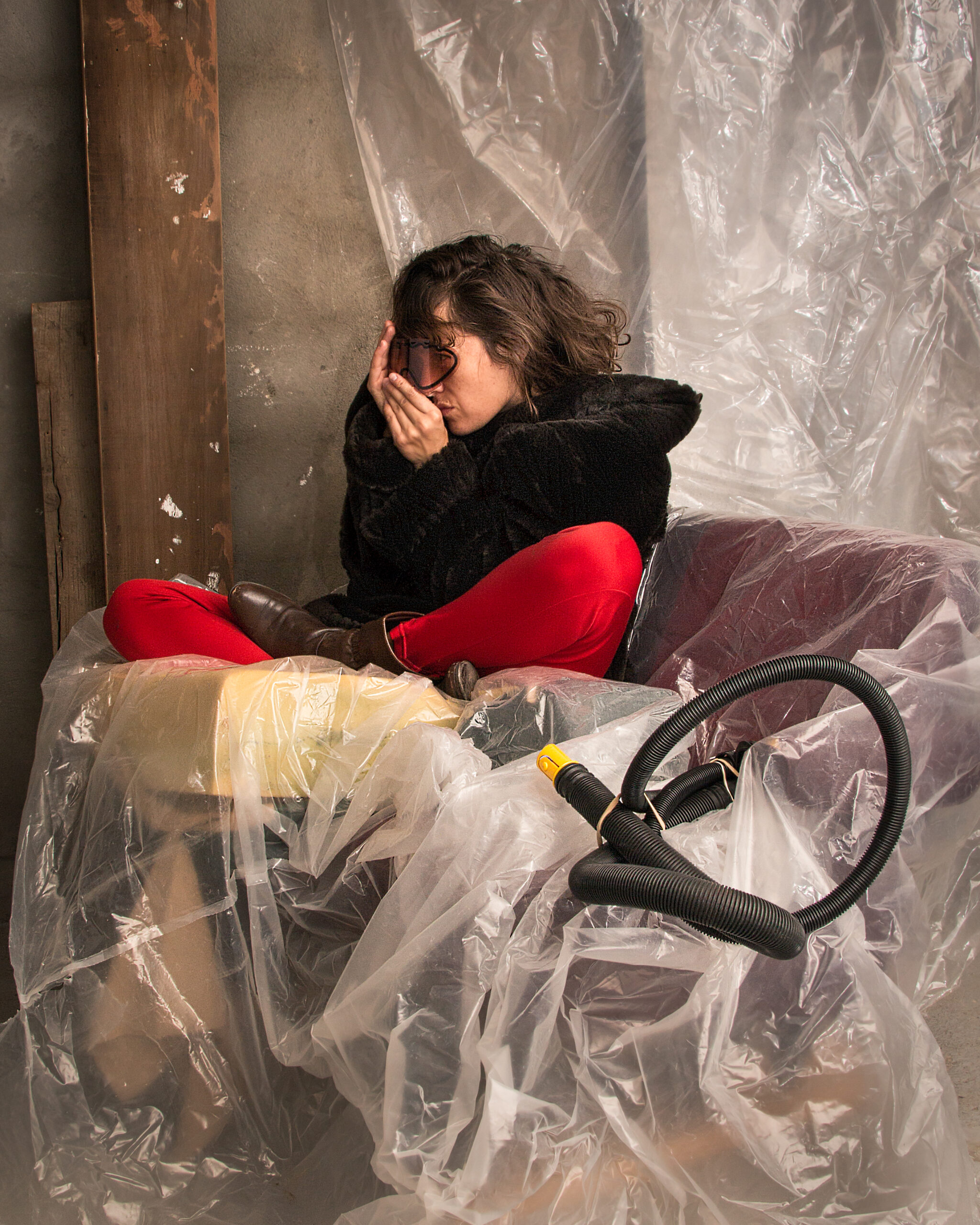